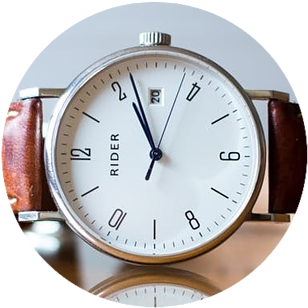 Quartz watch is one of the best innovation in the watch industry and is currently the norm in watches. I’ve recently read about how quartz watch seems to also have jewels in it, even though jewels are normally associated with automatic watches.

So do quartz watches have jewels? Some quartz watches do have jewels in its movement to reduce friction. These watches are generally of a higher quality than watches without jewels and are designed to last longer which subsequently making it costing more money.

The use of jewels in a quartz watch has its merits and advantages. But should you fork out more money for such watches remains to be seen and is based on what you expect from the watch. In addition, the number of jewels inside a watch is not an indicator of quality.

Why Are There Jewels In Quartz Watches?

So why are there jewels in quartz watches? Some quartz watches use jewels to reduce the friction in its movement and subsequently giving it a greater longevity.

Before that, we need to know how jewels came about and what are its uses in a watch.

Jewels are historically used in automatic watches as bearings to reduce the wear and tear in the many moving parts – there are typically 15 to 30 jewels inside an automatic watches (depending on the movement maker and complications).

Automatic watch parts are continuously moving at a high speed. Just imagine, a typical Seiko 4R36 movement is beating at 6 beats per second which can be seen from the sweeping seconds hand (it actually moves 6 times to make 1 second).

That means the whole gears and components that is attached to the second hand from the wheel balance are moving very as fast as the seconds hand. Without jewel as bearings, the steel to steel contact between the components and the casing will create a lot of friction, so much so the parts will be thinned from the friction. Such a watch will not even last for a month!

Thus jewel bearings came about. The jewels are used at places with high friction because its low and predictable friction coefficient improves watch accuracy and longevity. And that’s how automatic watches can last for decades.

And if you’re thinking that the jewels are precious gemstones, then you’re wrong. While it was gemstones years ago, all modern watches currently uses synthetic jewels as it’s much cheaper to produce as well as having more predictable material properties.

But quartz watches are different. It does not have much moving parts because the timekeeping is done by the IC and quartz crystal. The time is shown by using a motor that steps out every 1 second to move the seconds hand.

True enough, there’s much lesser moving parts in a quartz watch so much so most of the watchmakers only rely on plastic or steel as the bearing material and it has been working perfectly for years.

But there’s also a higher grade of quartz watches which uses jewels inside it. There’s still a few gears that transmit the movement to the hands and the use of jewels on these parts will increase the watch longevity. In short, a watch that uses jewels will last longer than a watch without jewels.

Should You Spend Extra To Buy A Jeweled Quartz Watch?

We already know that a quartz watch with jewels in it has greater longevity than a watch without jewels. But does that means we should be buying a jeweled watch? If that is so, then why is the industry’s norm is a non-jeweled watch?

The reasoning for this is because if you buy a high-end and expensive watch, you are most likely wanting for the watch to last longer so much so it can be part of your heirloom. The watch might also be adorned with diamonds or precious stones which means it can also be an investment vehicle.

With such watches, having jewels in it will be more beneficial and logical as the jewels will ensure the watch can be used for a long time. You certainly don’t want a beautiful and expensive watch to be given to your child but the movement cannot be used anymore right?

With quartz watch, we only need battery change for it to work flawlessly and a jeweled watch will ensure this is the case even after decades of use.

But if you’re thinking of buying a normal quartz watch for everyday use and at the lower end of the price range, then getting a jeweled watch is not recommended.

A jeweled watch will cost more and if you’re only treating it as a typical watch (which is disposable and can be change once its broken), then there’s no reason to have the extra longevity from the jewels.

Number of Jewels Is Not An Indicator Of Watch Quality

So are more jewels in a watch means it’s a better watch? A watch with a high number of jewels does not mean it’s higher quality than a watch with lower jewels. Typically, a jeweled quartz watch has 5 to 10 jewels in it, depending on the maker and complications (chronographs will of course have more jewels).

But it’s not necessarily the case for a watch with a higher jewel count to be of a high quality. Sometimes, some watchmakers could be putting a lot of jewels inside their movement even though it will not have any real impact on the watch performance or longevity.

After all, there’s only limited place of high friction that a jewel should be placed at. Anything more than that is just cosmetic and serves as cheap stunt for publicity purposes.

In any watch (automatic or quartz), the numbers of jewels is not that important. What’s more important in a watch is the movement design, material quality and craftsmanship on how the parts were assembled together.

What are watch jewels made of? The watch jewel material is made of synthetic sapphire/ruby or called crystalline aluminum oxide (corundum), invented by Auguste Verneuil in 1902.

How accurate are quartz watches? Quartz watch is very accurate with maximum deviation of +-10 seconds. This high accuracy is due to the use of electronic oscillator regulated by the high frequency vibrating quartz crystal. You can read more about why quartz watches are accurate in my previous post here.

I hope this article about jewels used in quartz watches is beneficial to you. Do let me know if you have any other questions.