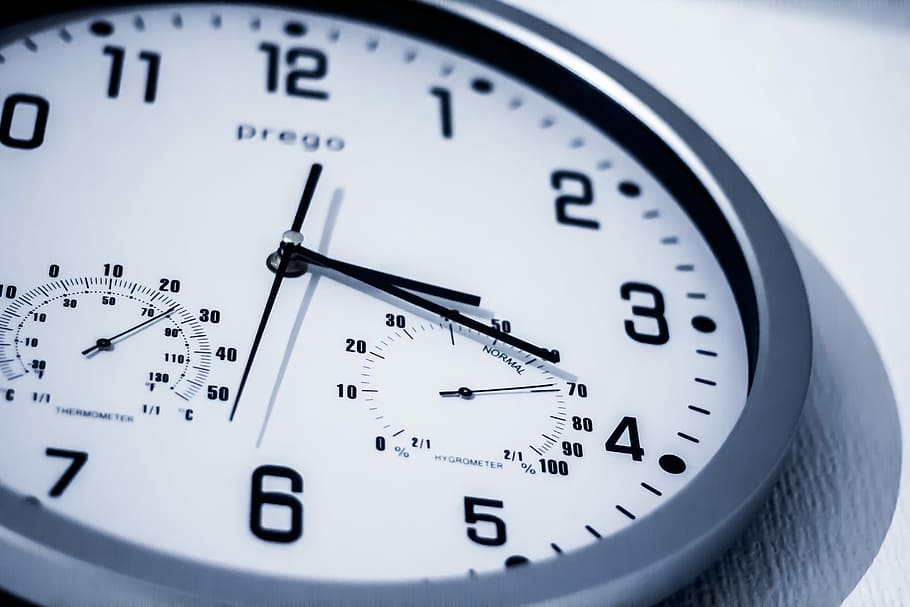 However, there are also 6 other very obvious ways to tell these two watches apart by just looking and holding the watch on your hand which I’m going to cover in this article. Besides being a good info to know, these can be a useful knowledge to avoid getting scammed into buying a cheap quartz posed as the more expensive automatic by unscrupulous vendors.

Automatic And Quartz Watches Are Easy To Differentiate

Automatic and quartz watches can both look very much like the other especially if the watch is an analog type of watch i.e having the traditional round shape with three hands for hour, minute and second.

But while the exterior might be same, the interior and functionalities of the watches are very different. Automatic watch uses exclusively mechanical parts while quartz watch uses electronic parts powered by battery.

Thus, there will be some differences between the automatic and quartz watches that you can pick up using these seven easy ways:

The sweeping second hand is in my opinion one of the advantages of automatic watch as it’s aesthetically pleasuring to look at. It will sweeps and move delicately which is a stark contrast with the pinpoint accuracy of the jumping quartz watch (which is not really that nice to look at).

So why does the automatic watch second hand sweeps?

In actuality, the sweeping is just the hand moving at a fast rate (or actually jumping very fast) and the reason lies with the automatic watch movement itself.

As it’s internal is purely mechanical based, the watch uses a system of balance wheel and escapement to keep track of time. This system actually goes back and forth at minimum 6 times per second and as it’s directly connected to the second hand, that’s the reason why it has its beautiful sweeping motion.

However, some quartz watches do have the ability to display sweeping second hand (such as the Bulova Precisionist) as it’s actually feasible to do so. The reason why it was not done more often is this will use more electricity for the extra second hand motion.

Thus, do keep in mind that while all automatic watches have sweeping second hand, quartz watches can have both jumping and (only some of them) sweeping second hand. But worry not as the other 6 ways below will be able to help identify the watch’s nature accurately =)

2) When shaken, you can feel the interior of the watch moving around

For a watch to be called “automatic”, it will need a self-recharging (or better known as “self-winding”) mechanism that will recharge it’s power reserve when you use it. This is the main difference with mechanical watch as the latter don’t have this self-winding feature.

The self-winding feature uses a weighted rotor in the form of half circle that is located at the bottom of the watch, only hold at the center of the watch making it freely rotatable. What will happen when you move around your watch or your hand is this rotor will spin around furiously about its center axis.

So another way to spot an automatic watch is to try to shake it while holding it in your hand and you should feel the rotor moving. Bear in mind that you don’t need to shake furiously (in fact this could actually break the watch’s internal mechanism!) as a mild shake is enough to spin the rotor.

Personally, I find that the feeling of the rotor spinning to be a unique experience that I really enjoyed with my watches. I mean, you just can’t get this from a quartz watch right?

3) Looking at movement from the back of the watch

The next tips is to look at the caseback of the watch and see if it has a rotating weighted rotor and movement as mentioned above.

Now, this tips is not always usable as not all automatic watches have transparent casebacks made out of glass – I believe there’s more solid steel casebacks in the market nowadays though I could be wrong.

Through the glass casebacks, we can easily see whether the movement inside of the watch is automatic or not. If there’s a battery or any electronic circuit, then the watch is 100% non-mechanical/automatic.

In addition, if you don’t spot a weighted rotor at the back although there’s some screws and crown jewels observed, then chances are the watch is a mechanical watch that cannot self-wind.

Besides these, looking through the caseback have more benefit than telling between an automatic, mechanical and quartz watch types as you can also tell the type/model of movement that the watch has.

For instance, suppose you want to buy a vintage automatic watch made in the 60s. While inspecting the watch, you can take a closer look at the movement through its caseback and see if its the original movement or it was retro-fitted with a modern movement, which will be a major deciding factor in your buying price of the vintage watch.

Another example is to spot a cheap automatic watch posing as a high-end automatic watch from the most expensive brands. Watch counterfeit is an active and alive activity and inspecting the caseback is another way to ensure you’re not getting scammed buying a fake high-end watch!

The next way to spot an automatic watch is to look on its dial and see if there’s any wording “Automatic” or “Quartz” on it. Manufacturers do this to easily differentiate their watches based on its movement as well as make it easier for customers.

However, not all watches have these signs on its dial and its quite easy to see why. These wordings do not add anything to the aesthetics of the watch and might even be considered out of place. Due to this, this method is not always usable to all watches you see in the shop.

But if you’re surveying or buying watches on the internet, this can be a helpful way to quickly discern the movement type of the watch.

5) Weight of the watch

In a quartz watch, the timekeeping was run by an electronic circuit with electric supply by a battery cell, and thanks to the advancement in semiconductor technology, these quartz movements can be made smaller and lighter than ever. Things are much different with automatic watch though.

Due to its mechanical nature, automatic watch internal mechanism (or better known as “movement”) comprised of more than one hundred parts. These parts were joined together during manufacturing to create the automatic watch as we know it.

And although there’s some advancement in new lighter materials, the part counts remains almost the same with decades ago and hence, automatic watches are still as bulky and heavy as before.

However, the fact that some small parts can be assembled to create a fully functioning watch that is able to keep track of time accurately is astonishing and one of the reasons why I love automatic watches so much!

6) Try to operate the crown to wind it

The next tips is to operate the crown (the knob next to the watch) and feel/hear if it’s winding or not. The nature of automatic/mechanical watch is it can be manual wound by rotating the crown and this is one of the things that is absent from a quartz watch.

The crown on an automatic watch does not only used for setting the time & date, it’s also being used for manual winding. The crown’s stem is connected to the mainspring (device that holds the power reserve) thus when you turn the crown, the mainspring will be wound.

Now, how to know if the manual winding happens or not?

Think about the normal quartz watch. At its pushed down position (normal), rotating the crown won’t do anything. You need to pull it a bit to adjust the date (if any) and pull another step to adjust the time.

With most automatic watch, the manual winding will happened when you rotate the crown at its pushed down position and to adjust the time/date you’ll need to pull out the crown.

To manual wind, simply grip the crown and rotate it upwards. Depending on the movement model, you’ll notice a slight resistance and faint-like noise of gear turning – exactly like how you would wind a toy car.

What happens is you’re actually rotating and tightening the mainspring through a set of gears connecting the crown and the mainspring hence the gear turning noises. If you can manual wind your watch, then that watch is definitely an automatic/mechanical watch!

Last but not least, a simple internet search will be able to uncover the truth about your watch. There are plenty of information on the internet at your disposal that can help tremendously in this. Just search the watch model followed by the word “movement” and you’ll be able to find if that particular watch is automatic or quartz.

Another use of this technique is to find the exact movement that the watch has. Movement has many different models with various sizes and functionality. Sometimes, the movement model number/ID is inscribed on the watch but oftentimes its not thus a quick internet search will be able to uncover the exact movement.

What you can do is to visit a watch forum (e.g watchuseek, timezone, etc.) or  a dedicated watch movement infosite (e.g watchbase.com is my favorite) for more information.

For the forum, you can ask a question and let the forum users chip in and give their knowledge. I’d recommend to do make a quick search in the forum first for your particular watch as someone might have asked the same question before.

Differences Between Automatic and Quartz Watch

I hope this article will help you in order to tell if a watch is automatic or quartz. While both can look the same if uses analog style display, the differences are quite a lot and you can easily tell their differences f you know what to look for.

Let me know if you need further help about it. Cheers!